As Meemaw on Young Sheldon

Annie Potts has enjoyed an impressive career in television, film and theater. Prior to YOUNG SHELDON, she starred on GCB based on the book Good Christian Bitches. Her character Gigi ranked among the many iconic female roles Potts has created, including Mary Jo Shively from Designing Women. Her work in Love & War garnered her an Emmy® nomination, and with Any Day Now she scored two Screen Actors Guild Award nominations. In addition, she has guest starred on Law & Order: SVU, Chicago Med, Scandal, Grey’s Anatomy, Major Crimes, The Fosters Ugly Betty, Two and a Half Men and Boston Legal, among others. Also, Potts starred in the Hallmark movies The Music Teacher and Freshman Father, along with Marry Me for Lifetime.

Potts reprised her role as the memorable Bo Peep in the highly successful fourth installment of Toy Story. She originated the character in the first Toy Story and appeared again in Toy Story 2. Her other feature film credits include the Ghostbusters franchise, Pretty in Pink, Jumpin’ Jack Flash, Who’s Harry Crumb?, King of the Gypsies and Corvette Summer, for which she received a Golden Globe Award nomination. Her recent credits include Happy Anniversary for Netflix, along with Izzy Gets the Fuck Across Town and Humor Me, both of which debuted at the Los Angeles Film Festival.

Potts made her Broadway debut in Yasmina Reza’s Tony Award-winning black comedy God of Carnage and has since appeared in the long running Pippin. She appeared in off-Broadway productions of The Vagina Monologues, Diva, Love Letters, Charley’s Aunt, The Merchant of Venice, A Little Night Music, Cymbeline and The Effect of Gamma Rays on Man-in-the-Moon Marigolds. On the west coast, she received rave reviews for her performance as a distraught wife dealing with her husband’s suicide in Aftermath. The play received the LA Times’ Critics Choice Ovation Recommendation.

Born in Nashville, Tennessee, and raised in Kentucky, Potts was the youngest of three girls. After becoming interested in stage and film at an early age, she received her BA in theater from Stephens College in Missouri where she’s currently a visiting professor of drama and a dedicated board member. Potts is also an ambassador for White Pony Express, an organization that feeds and clothes those in need in the Bay Area. Additionally, she wrote a children’s book about a young boy named Kemarley Brooks, titled Kemarley of Anguilla, with all proceeds going to the Arijah Children’s Foundation, an important cause in Anguilla. 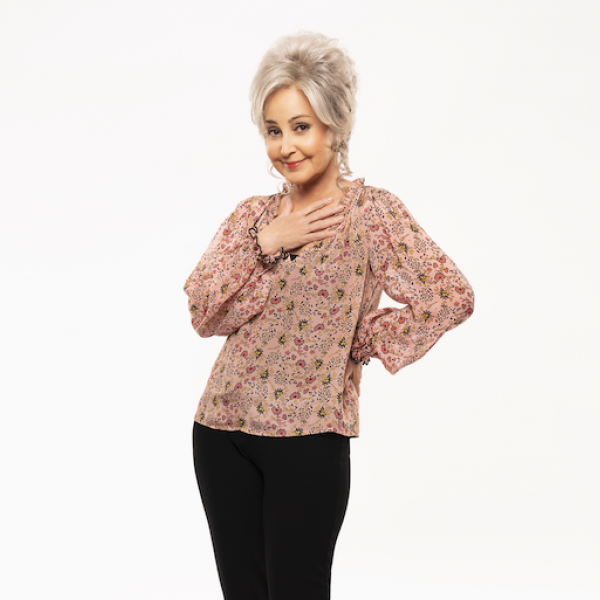