Shawntae Harris, better known by her stage name “Da Brat”, is an accomplished American rap artist, songwriter, actress, television and radio personality, executive producer and reality star. Harris attended Kenwood Academy and The Academy Of Scholastic Achieve where she played seven different instruments in band. Harris’ stage name was inspired because she was an only child and often referred to as a “brat.” Da Brat’s debut album Funkdafied was released in 1994 and entered the rap albums chart at #1. The album went platinum, making her the first female solo rapper to sell one million units. The eponymous single reached #1 on the rap singles chart and #6 on the Billboard Hot 100. Her follow-up hit from the same album, Give It 2 You, reached #26 on the Hot 100.

Da Brat’s best-known feature credits are with Jermaine Dupri, Kris Kross, Mariah Carey, Missy Elliott, and the late Biggie Smalls, Tupac, and Aaliyah to name a few. She took the entertainment industry by storm at an early point in her career as becoming the first female rapper to ever go platinum.  She has performed and written for many artists, including Tyrese, Total, Xscape, Jagged Edge, Dru Hill, Destiny’s Child, The Isley Brothers, Lil’Mo, Brandy, Keith Sweat, Bow Wow, Snoop Dogg and the list goes on. The smash hit Not Tonight released in 1997 with Lil’Kim, Left Eye, Missy Elliott and Angie Martinez was an instant urban and pop radio chart topper.

In 2015, she made her radio debut and joined the nationally syndicated Rickey Smiley Morning Show, as the new co-host. In 2016 she became a permanent fixture on the FOX TV show Dish Nation and a regular cast member on the TVOne reality show—Rickey Smiley For Real. In the season’s finale episode (Dec 2, 2015), she made a television guest appearance on the highly successful Fox network hit show Empire. She appears on Lifetime’s The Rap Game at the end of every episode for a recap called “Da Brat Game.” She is also an executive producer and cast member on WeTv’s Growing Up Hip Hop Atlanta.

In 2018, she made her theater debut as Cleo in Set It Off Live on stage and announced she was thrilled to reprise her role as Cleo for a fall tour.

Da Brat also lends her time to charitable organizations such as Kamileon’s Kloset, Hosea Feed The Hungry and Saving Our Daughters.

Da Brat continues to work on her music career, by writing and producing music, as well as searching for and developing new artists. You can catch her on any given weekend making a special guest appearance or performing live in concert. 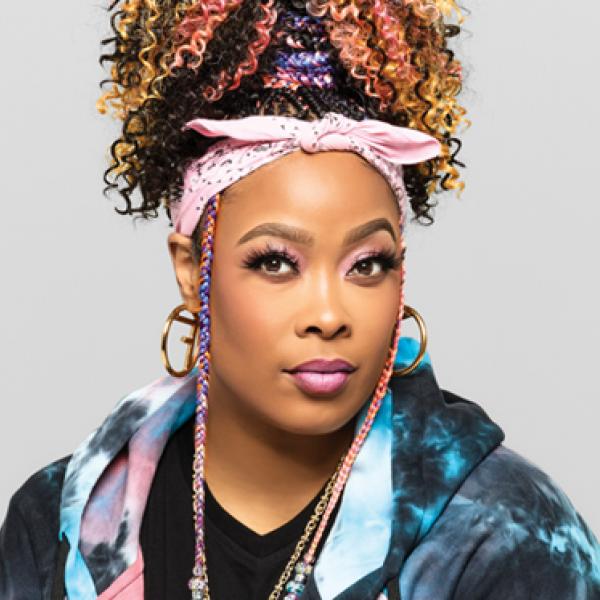