As Dr. Shaun Murphy on The Good Doctor

As a young child, Freddie Highmore established himself as a leading talent in the film world. Previously Empire Award’s Most Promising Newcomer, Highmore is a double SAG nominee and was twice winner of the Film Critics’ Award for the world’s Best Young Actor.

Having shot Two Brothers, directed by Jean-Jacques Annaud; Women Talking Dirty, with Helena Bonham Carter; and Five Children and It, with Ken Branagh, Highmore came to prominence as Peter in the Oscar®-nominated Finding Neverland. His co-star Kate Winslet described Freddie as simply the best young actor she had ever seen. Johnny Depp was so impressed that he pushed for Highmore to star opposite him again in Tim Burton’s Charlie and the Chocolate Factory.

After appearing alongside Russell Crowe in Ridley Scott’s A Good Year, Freddie went on to play the title role in Luc Besson’s Arthur and the Invisibles trilogy, becoming fluent in French.

In America, Freddie took the central character in the Oscar®-nominated August Rush, with Robin Williams, and starred opposite himself, playing twins in Paramount’s The Spiderwick Chronicles. Freddie reunited with Helena Bonham Carter as his mother for a third time filming Toast and returned to New York to team with Emma Roberts in 20th Century Fox’s The Art of Getting By.

Whilst continuing his education, Freddie voiced Astro Boy, The Golden Compass and Justin and the Knights of Valour, as well as shooting the title role in the apartheid era Master Harold...and the Boys in South Africa. Achieving straight A’s in all his GCSE and A-level exams, Freddie graduated with a double first in Arabic and Spanish from the University of Cambridge.

Freddie starred in Stephen Poliakoff’s Close to the Enemy and played alongside Timothy Spall and John Hurt in Nick Hamm’s The Journey.

Last year, Freddie concluded filming on the fifth and final season of the Emmy-nominated Bates Motel as the iconic Norman Bates, for which he was awarded a People’s Choice Award for Best Actor. Having written an episode in season four, Freddie wrote a further two episodes in season five where he also made his directorial debut.

June of this year saw the release of the HBO mockumentary Tour de Pharmacy, directed by Jake Szymanski in which Freddie appears alongside Andy Samberg. 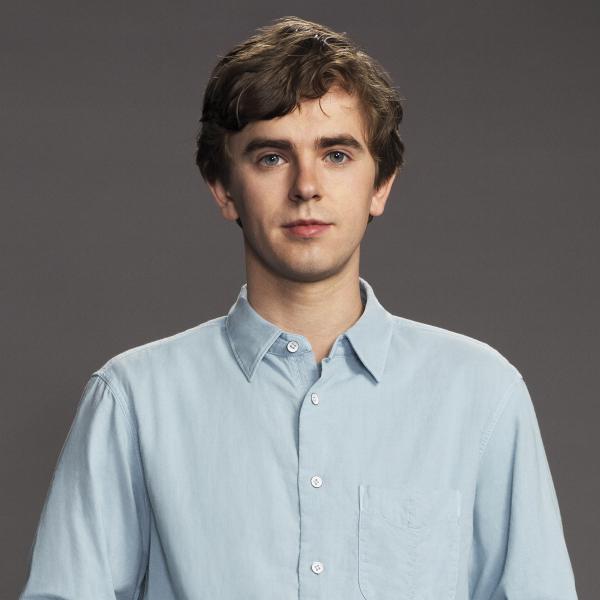