As Doug Heffernan on King of Queens

Kevin James returns for season nine as Doug Heffernan, the hard-working parcel deliveryman, in the hit Sony Pictures Television comedy series THE KING OF QUEENS for CBS. He also serves as Executive Producer.

Nominated for an Emmy Award in 2006 for Outstanding Lead Actor in a Comedy Series, James transitioned into television after being discovered at the 1996 Montreal Comedy Festival. James’ first one-hour stand up comedy special in 2001, Sweat The Small Stuff, which aired on Comedy Central, was the first hour-long original stand-up special ever in the network’s history. In 2005, he, along with Ray Romano, starred in and Executive Produced the HBO Sports special Making the Cut: Kevin James & Ray Romano.

The documentary, which centered on attempting to make the cut at the annual Pebble Beach Pro-Am Golf Tournament, was nominated for a Sports Emmy. James broke into the film world in 2005 in the Columbia Pictures feature film Hitch alongside Will Smith and Eva Mendes. Additionally, he was most recently heard in the 2005 animated feature films, The Barnyard, (as Otis) for Nick Movies as well as the Sony animated feature Monster House (as Office Landers). James will next be seen in the Universal Pictures feature film I Now Pronounce You Chuck and Larry alongside Adam Sandler.

A native of Stony Brook, Long Island, James is married and currently resides in Los Angeles. 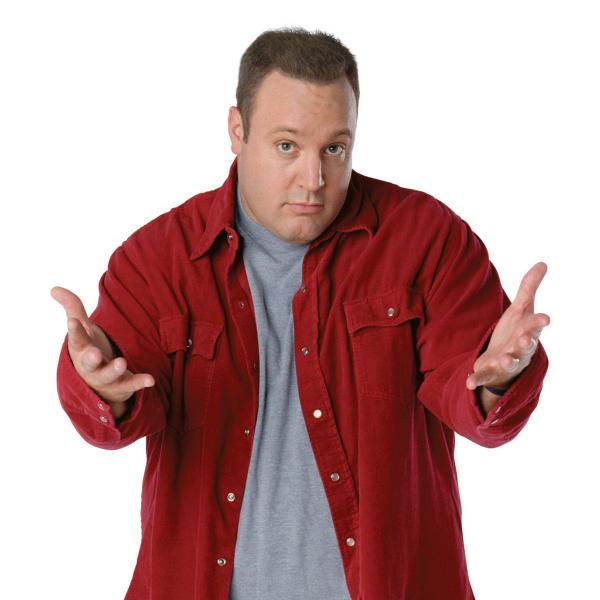