Mablean Ephriam, the ninth of ten children born to Robert T. and Mable Ephriam, in Hazlehurst, Mississippi, is now known throughout the world as Judge Mablean, since her seven year run as the judge on the FOX television show, Divorce Court. She returns to television as the judge in Justice with Judge Mablean.

Mablean graduated from Whittier College School of Law in 1978, earning her Juris Doctor degree. Judge Mablean began her law career as a prosecutor in the Criminal Division of the Office of the City Attorney, Los Angeles in November, 1978. In July, 1982, she opened her own practice with a law school classmate.  Her early practice emphasized criminal defense, personal injury and family law.  She found her niche in family law. Her experience and skills gained as a trial attorney while a prosecutor, quickly earned her respect as a trial lawyer in family law court. She earned a reputation in family law as the divorce attorney for police officers, judicial officers, doctors, lawyers and men. In October of 1998, Twentieth Television selected this experienced, distinguished law practitioner and mediator to sit as judge on the newly, revised half hour syndicated show Divorce Court.  Judge Mablean presided over Divorce Court  for seven seasons. The show garnered much success during her tenure. In 2004, Judge Mablean shifted from the practice of law to entertainment and public speaking.

She is the co-owner of Jubilane (Ju-ba-lah-knee) Guest House, a bed & breakfast in Johannesburg, South Africa. Judge Mablean attributes her success to God, her parents, her family and close friends.  Her faith, religion and trust in God, keeps this mother of four and grandmother of ten, meek and humble. 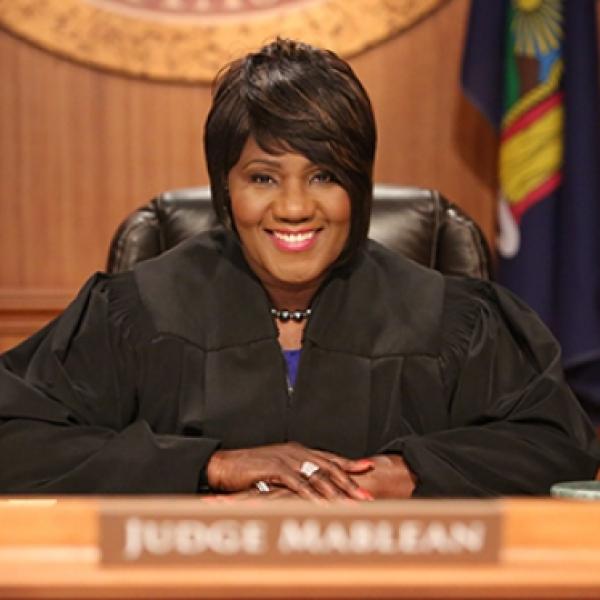